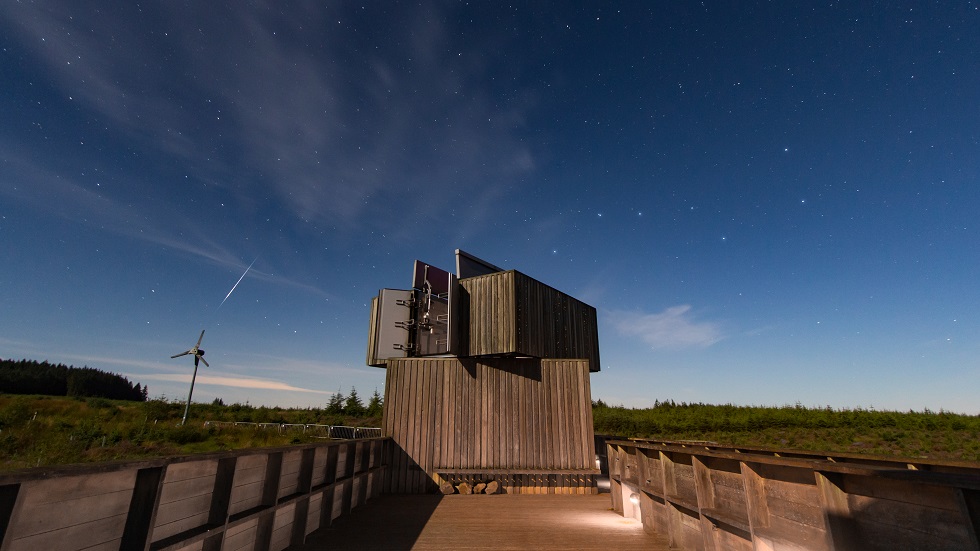 From STEM to stars!

From STEM to stars!

Kielder Observatory, set in the beautiful Kielder Water and Forest Park, in Northumberland, has secured a grant from the Reece Foundation to help restore an original Herschel telescope at Newcastle University to full working order. It will use the restoration to inspire thousands of school children, with an initial pilot of its programme, From STEM to Stars, at schools across Northumberland and Sunderland in the WISE Academies Trust.

The telescope will be at the centre of a project to create Kielder Observatory Star Groups – groups of school children who will study the restoration of the telescope to learn about the science and engineering skills involved while learning more about the night sky from the observatory’s team of professional astronomers.

The team will be visiting schools for activities and children will also be visiting the site, which sits under the finest dark skies in Europe. Star group members will have the opportunity to become Kielder Observatory Ambassadors and have work placements at space companies in the North East.

Catherine Johns, CEO of Kielder Observatory, said: “Herschel is a familiar name in the North East. Both William and Caroline Herschel were hugely influential in the study of astronomy and to be able to restore a telescope that William Herschel himself perhaps used is very exciting. This project is part of our developing strategy to reach beyond the observatory site and connect with people in innovative ways to convey that special moment of Kielder inspiration.

“The project will enable children to work with expert businesspeople and academics in the North East, helping them make a direct link between STEM subjects at school and STEM career opportunities in the North East.”

Zoe Carr, OBE, CEO of the WISE Academies Trust said: “We’re delighted to be the first schools to be involved in this exciting project. It’s important for our pupils to learn about their rich, scientific heritage and the great innovation that has been achieved here in the North-East.  This project not only looks to the past but will also inspire pupils to see the possibilities that lay before them through the exploration of careers in engineering and STEM subjects.”

Anne Reece, chairwoman of the Reece Foundation said: “The Reece Foundation is delighted to support this project which brings the Kielder Observatory facilities to schools and children in the region – and links this to one story from the region’s rich history of innovation and scientific discovery.

“The opportunity to see the stars and planets alongside the chance to restore such a historically significant object as the Herschel telescope is one not to be missed. We are sure this will be both inspiring to the new generation of engineers and scientists that the region and the world so desperately need – and also a lot of fun.”

Dr Angela Dyson, director of physics at Newcastle University, said: “We’re really excited to be part of this project. Alexander Herschel was the founding professor of physics at Newcastle in 1871. His father John, grandfather William and great aunt Caroline were all eminent astronomers. Restoring the telescope has been an ambition of ours for quite some time. This project provides a unique platform to inspire and enthuse the next generation of engineers, physicists and astronomers.”

The new project comes as Kielder has recently received planning permission to site a new five metre diameter Spider 500 radio telescope, known as the Tanlaw telescope, which will allow it to contribute to worldwide scientific research, attract university research into Northumberland and develop its remote outreach activities, particularly in schools.

The observatory has already announced the development of an augmented reality Kielder Observatory, allowing people to view a virtual nighttime sky, and is developing an online Kielder learning resource, with many more initiatives on the horizon.

The observatory, which attracts around 20,000 visitors per year, has a team of astronomers, guest speakers and volunteers who discuss and make observations about the Universe through a series of public events.