The ‘Sir Pat’ observatory is the larger of the two observing turrets at Kielder Observatory. It was named after the observational astronomer, and BBC Sky at Night presenter Sir Patrick Moore after he passed away in December 2012. The observatory houses a 16 inch TS Ritchey-Chrétien telescope, and a Skywatcher 5 inch refracting telescope, mounted on a Paramount MEII equatorial mount. 41, 13, and 4.7mm eyepieces offer a range of magnification combinations when paired with the two telescopes. Having the option of two different focal length telescopes makes this observatory a good all-rounder, for observing all kinds of celestial objects. 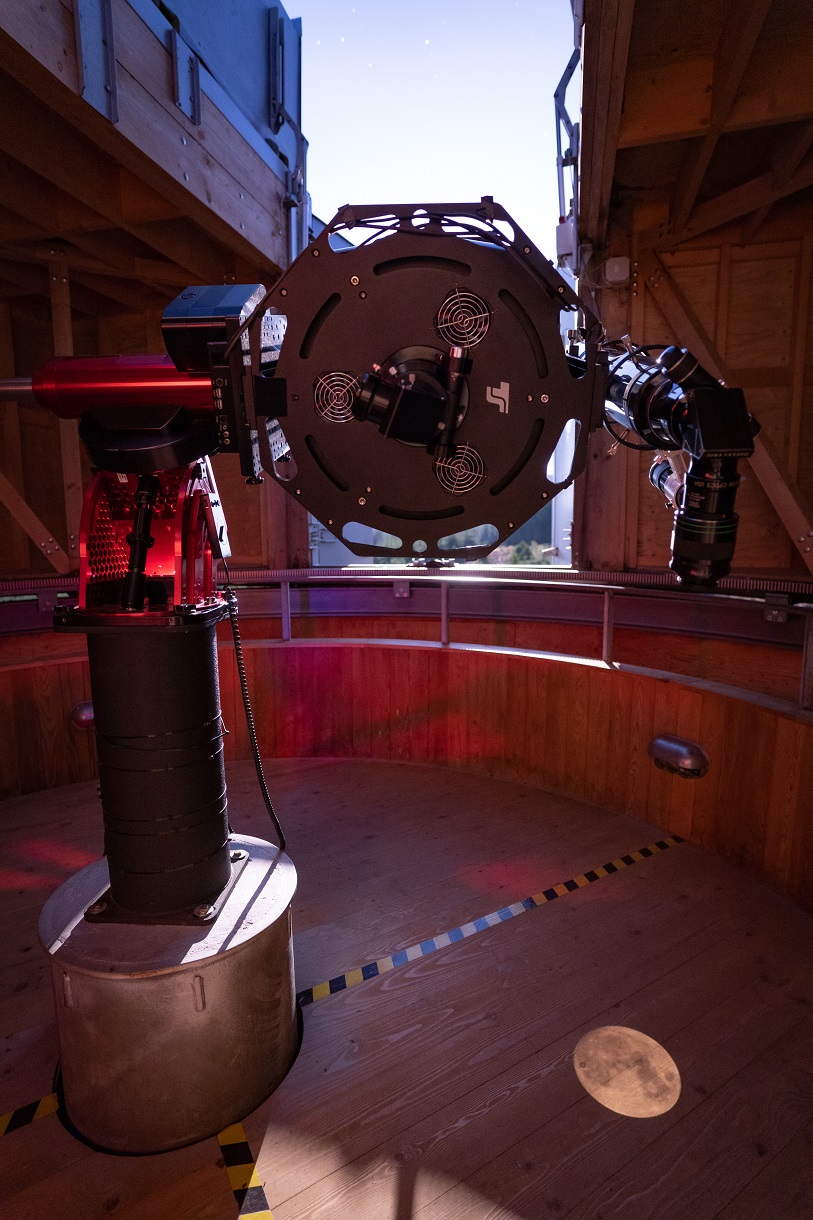 The smaller of the two observing turrets doesn’t yet have an official name, but goes by the nickname ‘The 16’. Purely because this observatory houses a 16 inch Schmidt-Cassegrain style telescope - a Meade LX200 ACF. Piggybacked to the telescope is a much smaller 3.5 inch solar telescope, designed specifically for safely observing the sun. The two telescopes are mounted on a Paramount MEII equatorial mount. A range of magnifications can be achieved with the 16 inch, using a 31mm and 12mm eyepiece, along with a 2x Barlow lens. The long focal length of the Meade 16 inch, makes this our best observatory for observing Solar System objects. We can also use a ZWO planetary camera to stream live views of The Moon and Planets.

The observing deck is a place to sit under the dark skies of Kielder to absorb the stunning views of the milkyway and countless stars. The deck has two concrete platforms where we can sit two Skywatcher 12 inch Dobsonian telescopes, that are manually operated by the Kielder Observatory team. A 41mm eyepiece gives 36x magnification, and a 25mm eyepiece gives 60x magnification, when used with the ’12 inch Dobs’. 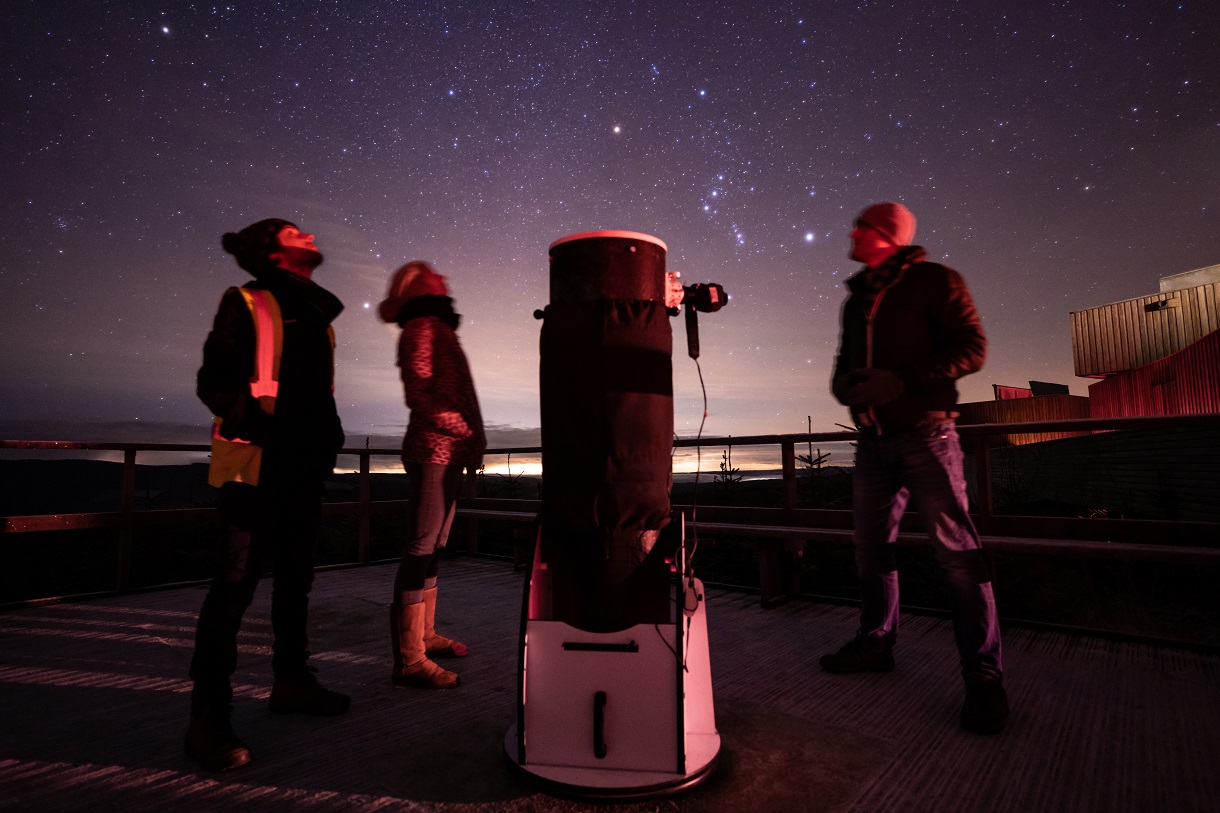 The latest addition to the Kielder Observatory site, is a separate building with a roll-off roof, which has two setups specifically used for astrophotography.

The first setup is two Takahashi APO refractors (4.1 inch and 2.4 inch) on a Paramount MX+ equatorial mount. The 4.1 inch refractor is fitted with a filter wheel and an Atik monochrome CCD camera. The 2.4 inch refractor is used as a guide scope to correct for tracking errors, but can also be repurposed as an imaging telescope. This setup is mainly used for capturing narrowband data of wide field nebulae.

The second setup consists of a 10 inch TS Ritchey-Chrétien Telescope and a Skywatcher 3 inch refractor on a Paramount MEII equatorial mount. The 10 inch is installed with an Atik one shot colour CCD camera, while the 3 inch is used as a guide scope to compensate for tracking errors. This setup is mainly used for imaging distant galaxies and smaller objects like planetary nebulae.