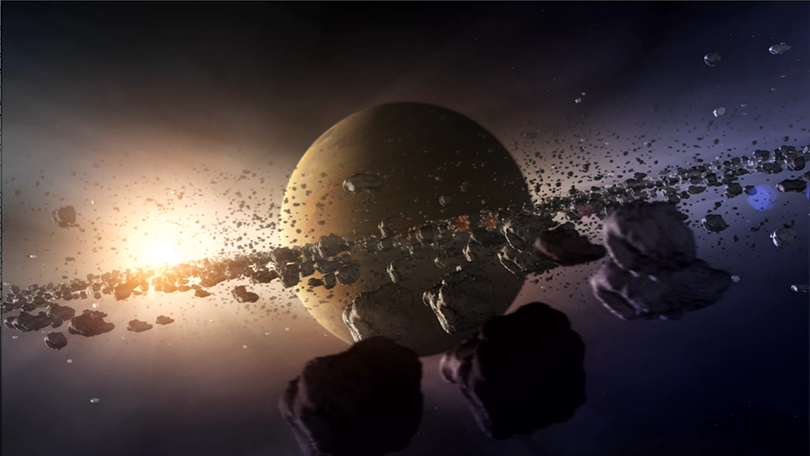 A new study released on the 20th April in the journal Proceedings of National Academy of Sciences (PNAS) offers an answer to a mystery that has been intriguing the world of astronomy.

Fomalhaut b, an extrasolar object and candidate planet orbiting the A-type main-sequence star Fomalhaut, was first documented using visible light wavelengths in 2008 by astronomers assessing data from the Hubble telescope and later confirmed in 2012 by an international team of astronomers as a large exoplanet. This method is different to the more commonly known ‘transit’ method which scans for a dip in light as a planet passes infant of its star.

Early in the discovery scientists argued against the idea of a unique Jupiter sized object shrouded by dust, and rather suggested that the image was a short-lived dust cloud unrelated to any planet based on the objects motion and lack fo infrared detection.  This seems to have been the case.

András Gáspár, an assistant astronomer at the University of Arizona’s Steward Observatory analysed recent images captured by Hubble in 2013 and 2014 and discovered that Fomalhaut b had indeed disappeared. Fomalhaut b could have been the result of two icy bodies colliding with one another leaving a cloud of fine dust particles visible enough to be observed.

This discovery discrediting the exoplanet however opens astronomers to a new kind of discovery.

“These collisions are exceedingly rare and so this is a big deal that we actually get to see evidence of one," said Andras Gaspar, an assistant astronomer at the University of Arizona's Steward Observatory and lead author of the new paper. "We believe that we were at the right place at the right time to have witnessed such an unlikely event with NASA's Hubble Space Telescope."

“The Fomalhaut star system is the ultimate test lab for all of our ideas about how exoplanets and star systems evolve," said George Rieke, a Regents Professor of Astronomy at Steward Observatory. "We do have evidence of such collisions in other systems, but none of this magnitude has been observed in our solar system. This is a blueprint of how planets destroy each other."

Fomalhaut, a star twice as big as our sun and 20 times brighter, is located in the constellation Pisces Austrinus approximately 25 light years from Earth and is one of the brightest stars in the nights sky.