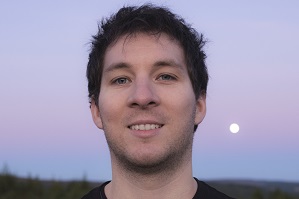 “If I have seen further than others, it is by standing upon the shoulders of giants.” - Isaac Newton

My first ever recollection of observing the sky goes back to 1999, when I was lucky to see a total solar eclipse, aged 6. I was already enchanted by the night sky, but this experience further fuelled my interest. I then got a basic telescope one following Christmas, and began my journey learning about the stars, planets and constellations in my rural hometown in northern France. With the minimal light pollution there, I was able to appreciate the full magnificence and beauty of a dark sky, even though I only later realised how lucky I was to have a true dark sky on my doorstep. Since then, I have moved on to more advanced equipment to feed my enthusiasm for astronomy, and I even recently started my journey into astrophotography. I am lucky that my greatest hobby has now become a career at Kielder Observatory, allowing me to share my knowledge and excitement for the subject with you! Alongside work, I spend my days outdoors, walking in the great Northumberland hills or gardening. After the sun sets, you will most likely find me next to my telescope, or with our cat in front of a film when the weather is not so great outside.