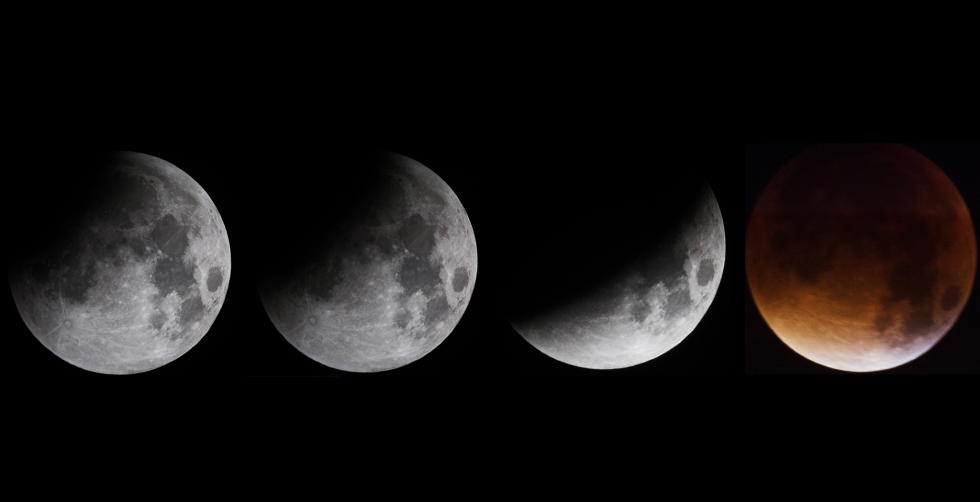 What is a Lunar Eclipse

A lunar eclipse occurs when the Earth perfectly aligns itself between the Sun and the Moon, obstructing the light from the Sun and stopping it from lighting up the Moon’s surface. As the Moon begins to enter Earth’s shadow, its face begins to darken more and more until the Sun is completely hidden by the Earth. At this stage, the Moon enters the Earth’s umbra – the darkest part of the Earth’s shadow – and takes on a reddish hue. The red light reflecting on the Moon’s surface during the total eclipse phase is due to the light from the Sun passing through the Earth's atmosphere at the edges of our planet and being bent towards the Moon. This can be better understood if we think about it as if we are seeing the light from all of the sunrises and sunsets on Earth reflecting off the lunar surface.

So, what is a partial or a Penumbral Lunar Eclipse? 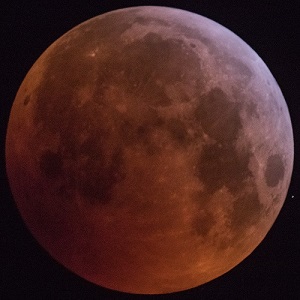 What is the duration of a Lunar Eclipse?

The duration of a total lunar eclipse can be up to a couple of hours. Add on the time it takes for the Earth and the Moon to perfectly align, the whole event can go on for quite a while. Plenty of opportunity to set up cameras or telescopes, or to give the clouds a chance to shift!

When can I see a Lunar Eclipse?

Being able to see a lunar eclipse depends on your location and where the moon is in the sky at that location when it is occurring. If your location is on the daytime side of the planet when the event is taking place, then it will not be possible to see it. This means we can see some lunar eclipses from the UK, but not all. Visit timeanddate.com/eclipse/ and enter your location to see a list of all of the visible lunar and solar eclipses from where you are. The next lunar eclipse that will be visible from the UK will happen in the very early morning hours of May 16th. It begins at around 2:30am (may differ by a few minutes for different parts of the UK) when the Moon will begin to enter the Earth’s penumbra. The moon will begin to enter the umbra and start to look red around 3:30am. A total lunar eclipse will take place at 4:30am, when the Moon will look completely red. The Moon will be very close to the southwestern horizon when this happens, so an unobstructed view in this direction is essential. Finding a hill or a high point in your area is recommended. As the total lunar eclipse phase begins, the Moon may quickly become too faint to see at all, but the darkening of the moon before this happens is still a spectacular sight.