A Star by Any Other Name: Can you name or own a star?

A quick search on the internet of “Buy a star” will turn up dozens of websites that offer you the chance to name or even buy a star. At Kielder Observatory we frequently receive emails asking about these services and enquiring if we offer similar. We have never and nor will we ever offer a service like this because of one simple reason: you cannot own a star and we do not have the authority to name one. 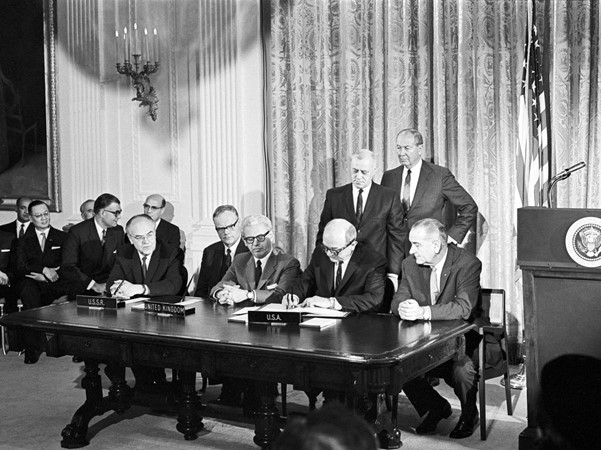 (The signing of the 1967 Outer Space Treaty. Credit: United Nations)

The 1967 Outer Space Treaty was introduced in light of the “Space Race” between the US and the USSR and it aimed to set out some base rules for space. Article II of the treaty states:

“Outer space, including the moon and other celestial bodies, is not subject to national appropriation by claim of sovereignty, by means of use or occupation, or by any other means.”

The treaty  also says that that governments are responsible for public and private organisations that operate within their country, so that they too have to act according to the treaty. The treaty was an attempt to find a compromise between the USSR, who wanted space to be the preserve of governments, and the US, who wanted the private sector to have the same access. In  other words - there is a ratified UN treaty that prevents you from owning a star, or any other celestial body.

A star by any other name

So, you cannot own a star, but what about naming? Many of the services offer you the chance to name a star in memory of a loved one or as a gift, and have it placed into a registry or catalogue. The official naming of stars is the domain of the International Astronomical Union (IAU). The IAU support the Working Group on Star Names (WGSN) which is an international group of astronomers who research and catalogue star names drawing on cultural and historical traditions. You can read more about how exactly they determine proper names here. A proper name is a name you would use to recognise a star like you would a place or person, such as Sirius “the scorcher” or Alphard “the solitary one” rather than a scientific designation. No one outside of the IAU have the authority to give a “proper” name to a star.

Stars which have not received a “proper” name from the WGSN are typically referred to by one or many of their catalogue numbers. Star catalogues are lists of stars which assign a designation to each observed star and log certain characteristics such as magnitude, spectral class, distance, amongst others. There are well over 100 star catalogues and establishing one is not particularly difficult. Some of the star catalogues most used by astronomers are the Hipparcos (HIP), Tycho-2 (TYC), Smithsonian Astrophysical Observatory (SAO), and Henry Draper (HD) catalogues.

Companies which offer the opportunity to name a star can do so by simply starting their own star catalogue (by just listing stars) and then selling off stars. The stars named through these services are named only on this one specific catalogue. Some of them assign stars at random, so there is no guarantee that the star you pay to name on their catalogue is visible. The star in question may never rise above the horizon from your locality, or it may be too faint to observe from most telescopes on the planet. 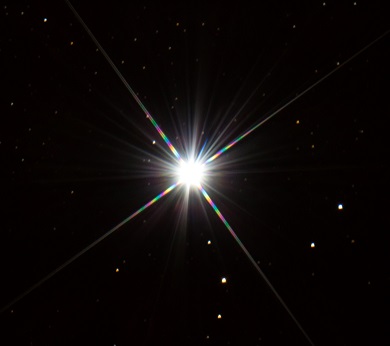 The urge to name a star after someone  is not new. The Henry Draper star catalogue was named after him as his wife Mary Anna funded the creation of it. On a personal note - I know what it is to love and lose someone close to me. I know the urge to render a finite life and an infinite love into something that will outlive everyone. I understand why this is appealing, but at the same time I want to make it absolutely clear what it is that you are purchasing when you go to these sites.

At the end of the day what you are buying is a certificate (and sometimes assorted accompaniments). If this is what you want - all power to you. This said, the star you name will not be recognised by that name by anyone other than you. The star you name may not even be observable under the best conditions at the most ideal location.

This may seem all very negative at this point - you cannot name nor can you own a star. What can you do then? The saying  “we’re made of star stuff” is as true now as ever and you can keep this in mind. You don’t need to name a star because all that is you was once a star. Energy, therefore matter in a sense, cannot be created or destroyed in a closed system such as the universe, we are stuck in this cosmic recycling plant. This is the first law of thermodynamics. Each one of us has always been “here” in some form, and always will be. You and your loved ones are older than all those stars in the sky anyway.

A gift from space

If you are looking for a space-themed gift for a loved one then meteorites make great tangible presents. Meteorites are rocks that originate from a source in outer space and that have fallen to the Earth’s surface. Some of these meteorites are older than Earth itself and you can hold them, smell them, lick them (if you are a geologist). Take care to look for authentication when sourcing meteorites though, look for sellers that are reputable and try to get verification prior to acquisition, particularly for larger samples. We often stock some meteorites which we sell during our events at the observatory.

We love the stars here at Kielder Observatory, but part of their beauty is their universality. They don’t really belong to us small stargazers on this pale blue dot, and that is the way it should stay. 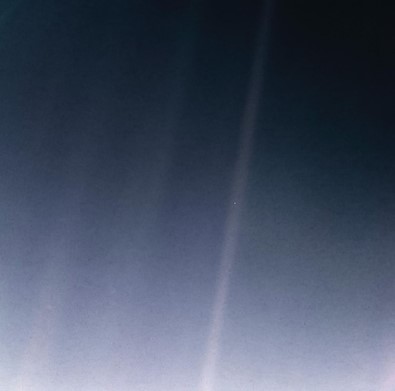