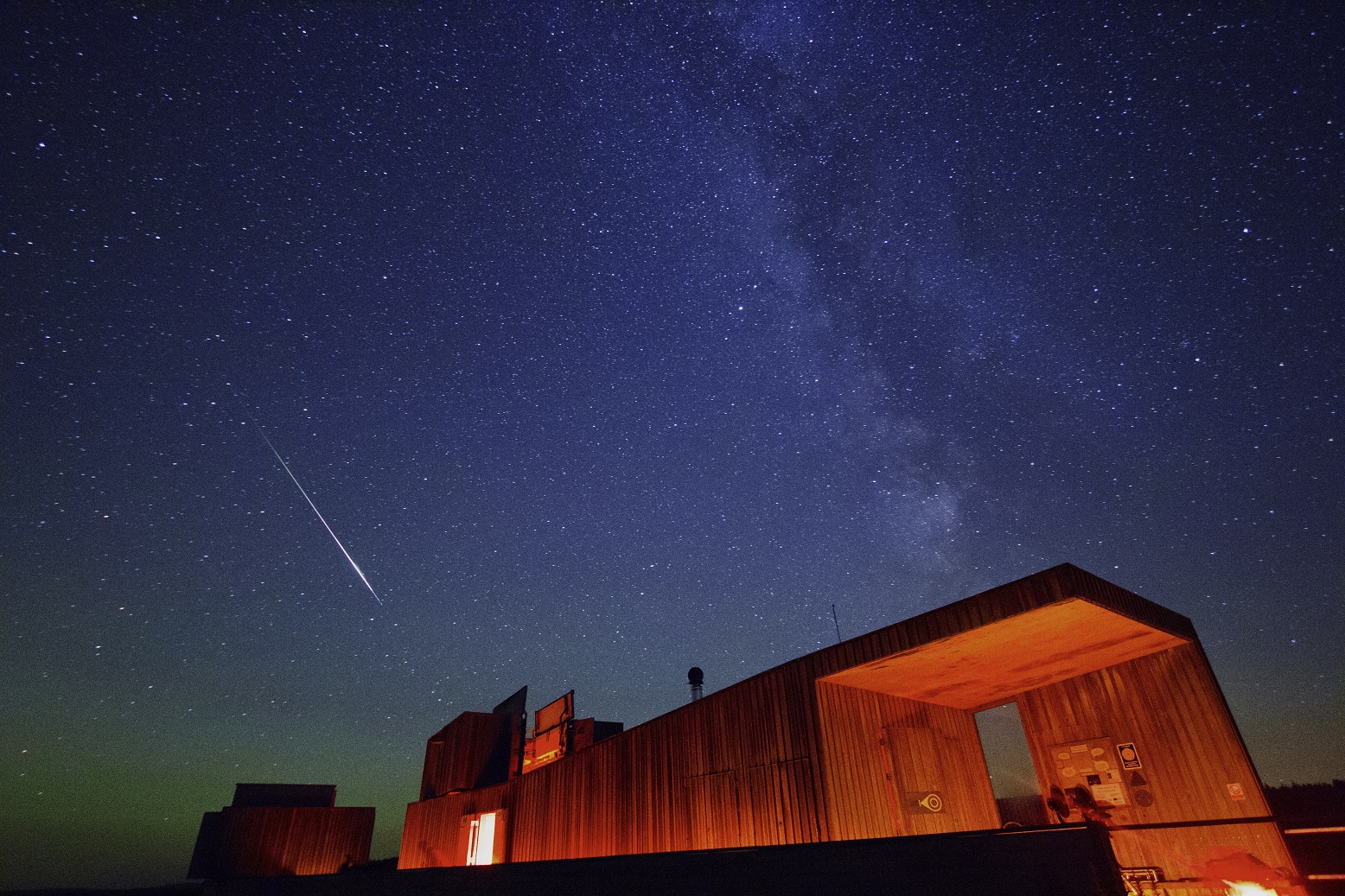 Join us at Kielder Observatory for the annual Quadrantids meteor shower! The Quadrantids is the first major meteor shower of the year. It is usually active between the end of December and the second week of January, and peaks around January 3 or January 4. Unlike other meteor showers that tend to stay at their peak for about two days, the peak period of the Quadrantis is only for a few hours and will be the best time to observe them, also being at the heart of the Northumberland International Dark Sky Park the Kielder Observatory is a great location.

The shower owes its name to the now defunct constellation Quadrans Muralis. The constellation was left off a list of constellations drawn out by the International Astronomical Union (IAU) in 1922, but because the shower had already been named after Quadrans Muralis, it's name was not changed. The Quandrantids is also called the Bootids after the modern constellation, Boötes. Every year as the Earth follows its journey around the Sun it encounters the left over dust particles from an asteroid - the 2003 EH1 - as this debris slams into Earth's atmosphere friction causes those particles to burn brightly which we see as shooting stars, also known as meteors!

Weather permitting, we will set out our comfy two-seater "moon chairs" out onto the observation deck with blankets to keep you warm and cosy and let nature do its thing! Drinks including our now-famous Hot Chocolate will be served to help you keep warm under the starry skies. At the same time the observatory telescopes will be operated by our experienced team of astronomers and we'll be observing the celestial wonders of our Universe including galaxies and star clusters.